What a fantastic weekend of soccer. SBFC teams had so many wins and almost wins. Thanks as always to our Player of the Week sponsors, Century 21 Castle Hill. 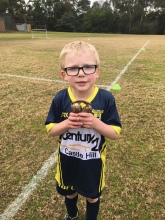 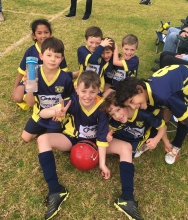 Cooper – and his team mates U8 Sharks

And what about Arsenal visiting Sydney and playing a friendly against the Wanderers. So many SBFC families were out at Homebush on Saturday night to watch the game. We even spotted Fr Michael with the Frketic family, soaking up the atmosphere in almost the front row. While the McGoverns endured a bit of vertigo in the nosebleed section. The Wanderers scored a fantastic goal, got to play against some of their heroes, and all in-front of their largest crowd of 83,221. Fantastic atmosphere. 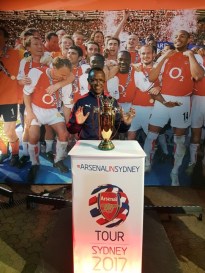 Biggest crowd for the Wanderers 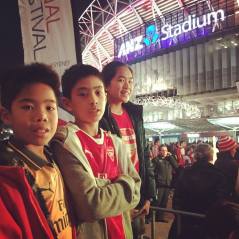 Isaac and his Dad with row 15 seats. 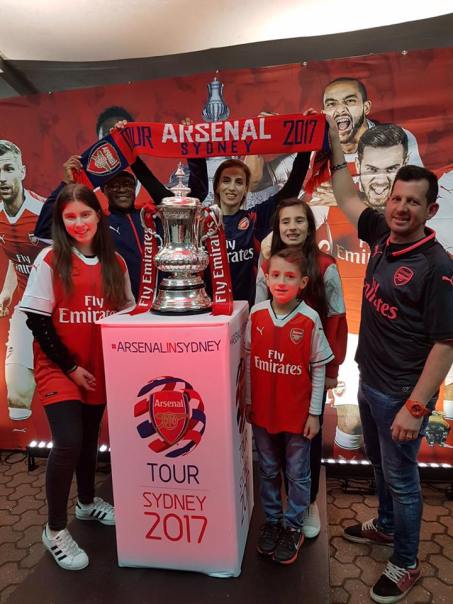 Frketic family with the FA Cup

Sweeney Family – Coach Brendan and Dillon from U8 Sharks with Aiden.

McGovern family in the nosebleed section.