Play football with your mates

Notes:- Update from Club President, Stephen Emmas, on how our our club is standing at present.

Re-grading has been done by Hills Football and the draw is now out for the rest of the season, so games are scheduled up to 4 August. You can see the draw on the Hills Football website – http://www.hillsfootball.com.au/fixtures-tables-results/ or download My Game Guru and find your team.

Team Photos – scheduled for Saturday 28 July (to be confirmed by Brett). Photos will be taken at the home ground and a timetable will be pulled together. We have 7 home games that day, so 7 teams will have to travel back to Eric Mobbs for photos before or after their game.

Wanderers Training – constructive feedback was ascertained and has been passed on to Diego at the Wanderers. Adam, Club Coach, will also be sending an email to all parents to ask them to be more present at training to ensure they are supervising their child.

Presentation Day – at the end of the season we will hold a presentation day to celebrate the season and present the players with a participation trophy. We also present a winner of the Best & Fairest competition for each team. Managers don’t forget to keep tally during the season on the sheets you have been provided. Date – looking at 9th or 16th September.

Working With Children – can all coaches and managers ensure they have done this process and emailed their number with validity dates to sbfcfooty@gmail.com

Apply for a Working With Children check

Uniforms – all jerseys, socks and shorts are in stock. We have ordered Hoodies for the players. They will be available to purchase for $45 each. 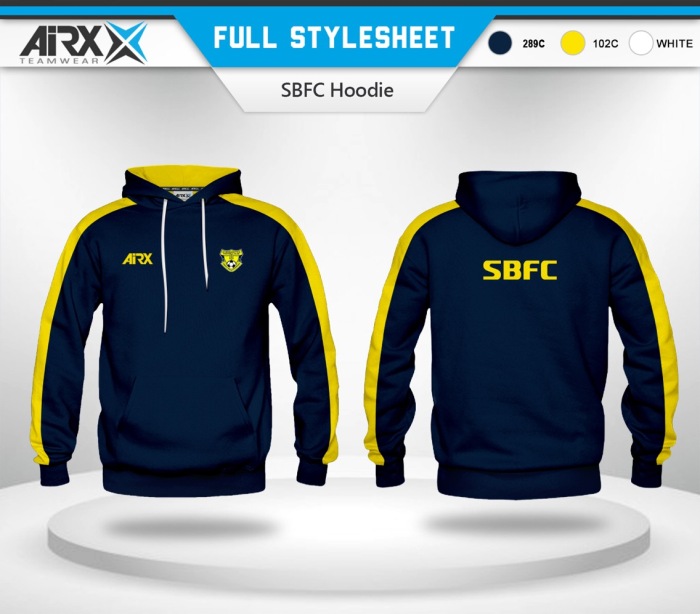 BBQ – Brett has done a roster for the BBQ for the remainder of the season. Each team will be expected to man the BBQ three times during the season. A Committee member will also be present to assist and help with set up and pack up. It was suggested we add other items such as chips or lollies to sell. The BBQ has made a profit of $410 this year. It adds to our community atmosphere and creates a gathering point. We would like to run it as often as possible, but it does need to be a shared responsibility.

Chocolate Drive – It was decided we would run this fundraiser again due to its success last year. We will ask every player to sell one box of chocolates (at $1 per bar) and therefore will order 120 boxes. Mel Younan happy to take delivery. Boxes will be distributed to Team Managers at training on a Thursday night, for the manager to pass on to each team player.

Post meeting action – Lolita has placed the order and delivery is expected by next week. Three type of boxes ordered. Ordered included some prizes that we can use as a raffle.

Movie Night – once again we are looking to hold a movie night in the last week of Term 2, at Event Cinema Castle Hill.  Possibly Tuesday 26th June for Incredibles 2.

Trivia Night – it was suggested we look at holding a trivia night for parents (NO KIDS) at the RSL Club. Adam, Brad and Lucas are going to look into this idea.