Play football with your mates

If you are playing in an Under 8’s team or above, please come along to be graded. U6 and U7 teams (Kindi and Year one) won’t be graded but you are welcome to come along to our registration day.

Grading will consist of a 1/2 hour warm up drill followed by a match, run by our Club Coaches Adam and Mafee.

2019 sees SBFC introduce grading for our teams from U8’s and up.

We have decided to introduce grading when we have more than one team playing in a grade. This will help us ensure we allocate teams to the appropriate division. Also very skilled players can be challenged in the higher grades. And those new to the sport, or playing more on a social level, can be graded accordingly.

Our Club coaches, Mafee Monje (who is our clubs C grade coach) and Adam Keremeleski, will be running the grading.

If your grade has only one team, we still invite you to attend the grading day, so we can give the team a run and chat to the Coach to discuss which division would be best for the team.

Please come along to Eric Mobbs Reserve this coming Sunday, 17th February from 12:30pm to 2pm. We will have the BBQ on so you can grab an easy lunch. We will also limited uniform items available for purchase (cash please).

Hello SBFC Community. It may still be school holidays, but the organisation is well underway for the 2019 Football Season. Here are some dates for you to note:

Today – Registrations have opened. Go to www.playfootball.com.au to register for the season. Don’t forget to firstly register for the Active Kids Rebate, then you can use your childs voucher number when  you do your football registration, which will take $100 of your rego fees.

Wednesday 30 January – SBFC AGM, 7:30pm. All welcome to attend and if you would like to volunteer to work on the committee, we would welcome the help.  See our Facebook page for details – https://www.facebook.com/stbernadettesfc/

Sunday 17 February – SBFC Registration Day. 12:30pm to 2pm. Come along to Eric Mobbs Reserve, meet the committee, resolve any questions you may have, and get help registering if you need it.

Thursday 28 February – Team Nominations are due at Hills Football.

We will need to have teams assembled before this date, so it is very important that you register ASAP. Each team must have a Coach and Manager nominated.  In March we will hold an information evening for Coaches and Managers and will hand out uniforms and coach kits.

Saturday 6th April – Season Starts – Round 1.  Please note, games will be played every weekend expect the Easter long weekend, with Round 18 played on 10th August. Finals will be played over the following weekends.

Looking forward to another great season with you all.

Come celebrate the season that was SBFC Winter 2018.

Raffle tickets will be on sale for

The program is supported by Football NSW, Hills Football, SBFC and ALDI.  Registrations can be complete by the following link, it will also be released on FaceBook as well.

Notes:- Update from Club President, Stephen Emmas, on how our our club is standing at present.

Re-grading has been done by Hills Football and the draw is now out for the rest of the season, so games are scheduled up to 4 August. You can see the draw on the Hills Football website – http://www.hillsfootball.com.au/fixtures-tables-results/ or download My Game Guru and find your team.

Team Photos – scheduled for Saturday 28 July (to be confirmed by Brett). Photos will be taken at the home ground and a timetable will be pulled together. We have 7 home games that day, so 7 teams will have to travel back to Eric Mobbs for photos before or after their game.

Wanderers Training – constructive feedback was ascertained and has been passed on to Diego at the Wanderers. Adam, Club Coach, will also be sending an email to all parents to ask them to be more present at training to ensure they are supervising their child.

Presentation Day – at the end of the season we will hold a presentation day to celebrate the season and present the players with a participation trophy. We also present a winner of the Best & Fairest competition for each team. Managers don’t forget to keep tally during the season on the sheets you have been provided. Date – looking at 9th or 16th September.

Working With Children – can all coaches and managers ensure they have done this process and emailed their number with validity dates to sbfcfooty@gmail.com

Apply for a Working With Children check

Uniforms – all jerseys, socks and shorts are in stock. We have ordered Hoodies for the players. They will be available to purchase for $45 each. 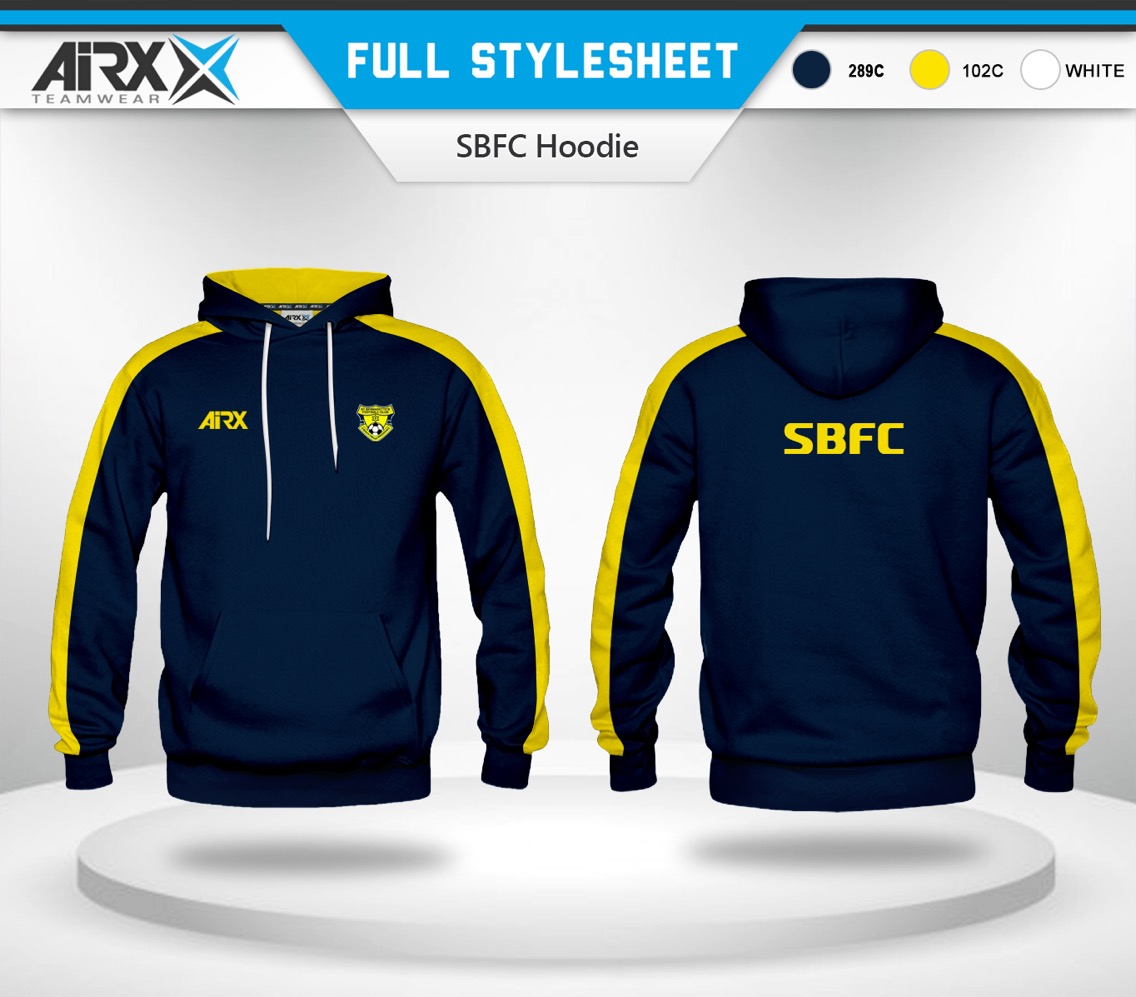 BBQ – Brett has done a roster for the BBQ for the remainder of the season. Each team will be expected to man the BBQ three times during the season. A Committee member will also be present to assist and help with set up and pack up. It was suggested we add other items such as chips or lollies to sell. The BBQ has made a profit of $410 this year. It adds to our community atmosphere and creates a gathering point. We would like to run it as often as possible, but it does need to be a shared responsibility.

Chocolate Drive – It was decided we would run this fundraiser again due to its success last year. We will ask every player to sell one box of chocolates (at $1 per bar) and therefore will order 120 boxes. Mel Younan happy to take delivery. Boxes will be distributed to Team Managers at training on a Thursday night, for the manager to pass on to each team player.

Post meeting action – Lolita has placed the order and delivery is expected by next week. Three type of boxes ordered. Ordered included some prizes that we can use as a raffle.

Movie Night – once again we are looking to hold a movie night in the last week of Term 2, at Event Cinema Castle Hill.  Possibly Tuesday 26th June for Incredibles 2.

Trivia Night – it was suggested we look at holding a trivia night for parents (NO KIDS) at the RSL Club. Adam, Brad and Lucas are going to look into this idea.

Last chance to register for the 2018 season. All players must be registered and approved to be able to play on Saturday 7th April. Please make sure you have done the following:

Every team must have a volunteer Coach and Manager. Hills Football require all volunteers complete their “NSW working with children check”. If you have not done this yet, please click through here:- Working With Children Check

On completion you will get an application number that you need to take to the NSW motor registry office where they will check your ID. Once approved please email us your ID number: –   sbfcfooty@gmail.com.

If anyone is looking for a school holiday activity this April, check out the 3 day clinics being run by Hills Football at Rouse Hill. 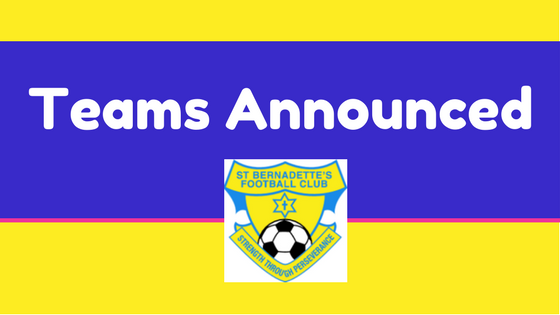 Primary teams are all confirmed below. We still need some coaches and managers. If you can volunteer please email Brett Allan at sbfcfooty@gmail.com.  Training starts officially on Thursday 5th April and will run from 6pm till 7:15pm. Please can all coaches and managers arrive at 5:30pm for this first session so we can hand out Coach Kits and Manager Bags – this will include player jerseys.

Managers can you please coordinate with your team who will want to buy Shorts and Socks @ $25 for the set. They are the same as last years, so players only need them if they are new to the club, or have grown out of last years (or lost them). Please let us know sizes prior to the 5th so we can have them ready for you. And could you please collect the cash and put in an envelope with your team name on it.

At our SBFC committee meeting last night we finalised teams for the 2018 season. We still need Coaches and Managers for some teams. If you can volunteer this year (even consider sharing a role with another team parent) please let us know ASAP. All teams must have a coach and manager by Thursday 5th April. If your child has a friend who is wanting to join their team, its not too late. Player registrations are open until March 29th.

Our first training session will be on Thursday 5th April with training run from 5pm to 6pm for our U6-U8 teams. Coaches and Managers please arrive at 4:30pm on this first session so we can make sure you have all your gear and have met your team. We will hand out to coaches your kits with balls, cones, etc. Managers will need to collect your bags with first aid kit and player jerseys.

Player Shorts and socks with be available for sale @ $25 for a set. Managers please communicate with your team to coordinate an order per team, so we can have this ready for you on the 5th (please collect money and put in an envelope with your team name).

If you can volunteer to coach or manage your childs’ team, please email Brett Allan ASAP – sbfcfooty@gmail.com 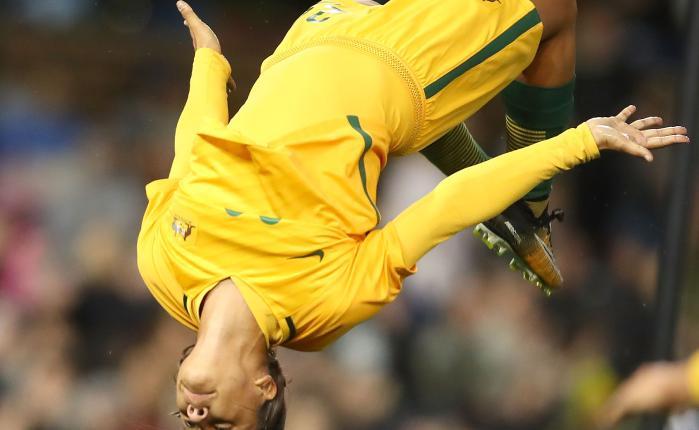 I thought today was a good day to shout out to all the women and girls involved in the SBFC community. This year we have more girls registered than ever before and some wonderful coaches, managers and refs.

This is also a great opportunity to congratulate Sarah Lievano, who has been selected into the Hills Football Girls Rep team. Sarah will be playing rep games every 2nd Saturday of the season. Sarah’s mum Mafee has done a fantastic job to pull together our first ever female team for SBFC, playing U12 girls comp on a Sunday. This team is made up of Sarah and some of her rep mates, along with St Bernadette’s girls. Coached by Mafee and managed by Joanne Frketic. We look forward to watching you through the season.

And girls remember as you play, you are inspiring all the young girls at St Bernadettes to be brave and get involved in this male dominated sport. And what a role model we all have this year with Sam Kerr, 2018 Young Australian of the Year and 2017 AFC Women’s Player of the Year.